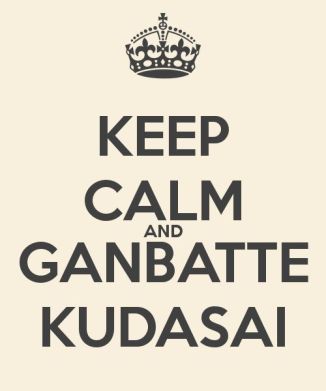 Not gonna lie, when I first started working on this writing gig with some serious effort, I was just like every other n00b writer: I’m gonna shake up the literary world with my unconventional ideas!  All my stories are going to be accepted by agents!  They’re gonna love my stuff!

Of course, age, maturity, knowledge and perhaps a bit of bitter reality has thankfully made me think otherwise.  I’m a writer just like anyone else, and the chances of my writing being a smashing success are just about the same as any other writer’s:  a complete crap shoot.  Luck, a bit of sales smarts and a decent story are the only constants in this job.  The rest depends on getting the right agent or editor and whether or not they think they can do something with your work.

This popped into my head the other day, while thinking about the fact that I’m on the back end of an extremely long-term writing project.  Lately I’ve been comparing how I viewed the Bridgetown Trilogy during its Phoenix Effect years, how I viewed it during the trilogy rewrite, and how I view it now that I’ve self-published two of the three books.

The pre-Belfry years (the True Faith era) was when I was the cockiest, that was for sure.  I knew I wasn’t the best of writers, but that didn’t matter — I had an awesome story that I wanted to tell, and it was going to sell tons (once I finally finished it)!   The Phoenix Effect era was a little more down to earth in terms of outlook; I knew I was far from professional, but I was doing all the required homework and revising it the best I knew how.  It was that era when I wasn’t exactly sure where I stood in terms of heading towards being a professional writer.  I was stuck in that phase for a long time.

Now I’m at the point where I’m looking at the trilogy and accepting where I may have gone wrong over the years.  Doing major rewrites was one part of that; deciding to take control of the entire production was another.  I don’t think the trilogy is a failure, far from it.  No book is completely one hundred percent perfect.  Are there things in the trilogy I think might still need fixing?  Of course.  All writers think that about their own books, and I’d be surprised if a writer didn’t feel that way about their precious projects once they’ve signed off on them.

There are many reasons why I’m self-releasing the trilogy, and that’s one of them: the ability to learn from my mistakes, fix them, and re-release the end result.  Self-publishing is great for things like that, if you look past the ‘but it’s out in the world already so it’s ruined forever!’ irrational fears.  Maybe I released the book too early; I can always sit on it for a few years, do an overhaul maybe five years from now, and re-release it.  There will always be a new potential reader who’ll be willing to give it a chance.

One of the biggest things I’ve learned about the entire trilogy project is to accept that I should not strive for excellence in writing, but to do my best at it.  Being professional doesn’t exactly mean ‘being famous’, it just means knowing what steps one needs to take to create a positive end result.  Perseverance, knowledge, and maturity.  And having a good solid goal (other than I’m want to be famous!, of course) does help significantly, whether it’s to be professionally published or to self-release.

I don’t need to be Phillip K Dick or William Gibson or Neil Gaiman or Ray Bradbury or whoever.  I just need to be me, to the best of my ability.